The USS Connecticut, seen near the Puget Sound Naval Shipyard in 2016, collided on Oct. 2 with an unspecified underwater object in international waters in the South China Sea. 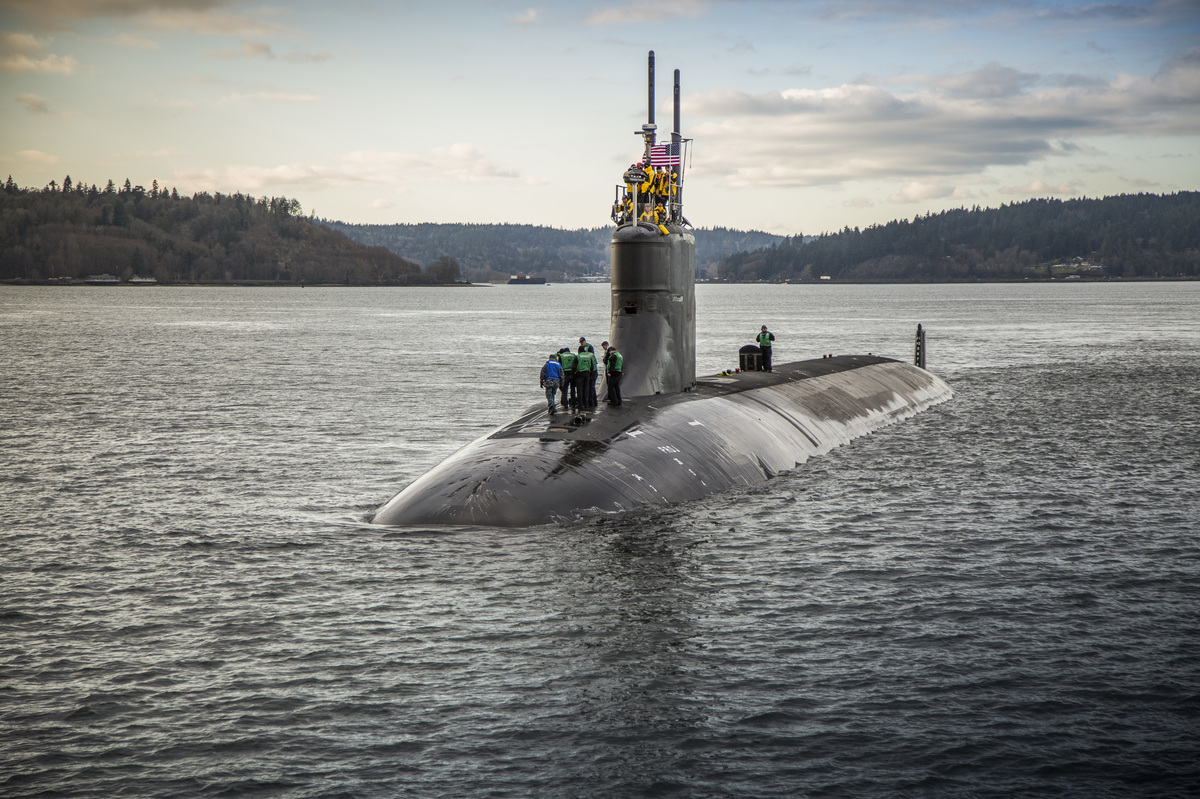 The USS Connecticut, seen near the Puget Sound Naval Shipyard in 2016, collided on Oct. 2 with an unspecified underwater object in international waters in the South China Sea.

A U.S. nuclear-powered submarine struck an unidentified object in international waters in the South China Sea last week, the Navy said Thursday, in an incident that injured nearly a dozen sailors.

In a brief statement emailed to NPR, the U.S. 7th Fleet said that the USS Connecticut, a Seawolf-class fast attack submarine commissioned more than two decades ago, was in a “safe and stable” condition after the Oct. 2 collision.

A Defense Department official told NPR that about 11 sailors sustained moderate to minor injuries in the incident.

The Navy’s statement said the boat’s nuclear propulsion plant was not affected by the collision. “The extent of damage to the remainder of the submarine is being assessed,” the 7th Fleet said.

The statement did not say exactly where the underwater collision took place, only that it was in “international waters.”

Officials quoted by The Associated Press said that it wasn’t clear what the Connecticut had struck but that it was not another submarine.

The 7th Fleet’s statement said that the Navy had “not requested assistance,” while a DOD official quoted by USNI News said the submarine had steamed to Guam “on the surface.” A U.S. official confirmed to NPR that the Connecticut had arrived in port.

The last time a U.S. submarine is known to have struck an underwater object was in 2005, when the USS San Francisco hit a seamount, or underwater mountain, near Guam while traveling at full speed.

The sailors aboard were thrown as far as 20 feet by the impact, and the majority of the 137 aboard were injured in the incident, with one killed.

A subsequent investigation determined that the submarine’s charts of the seafloor did not show the seamount.

A student arrested in a school shooting is released. His family says he was bullied