President Biden speaks about his infrastructure bill at a bridge across the Pemigewasset River in Woodstock, N.H., which has been declared structurally unsafe. 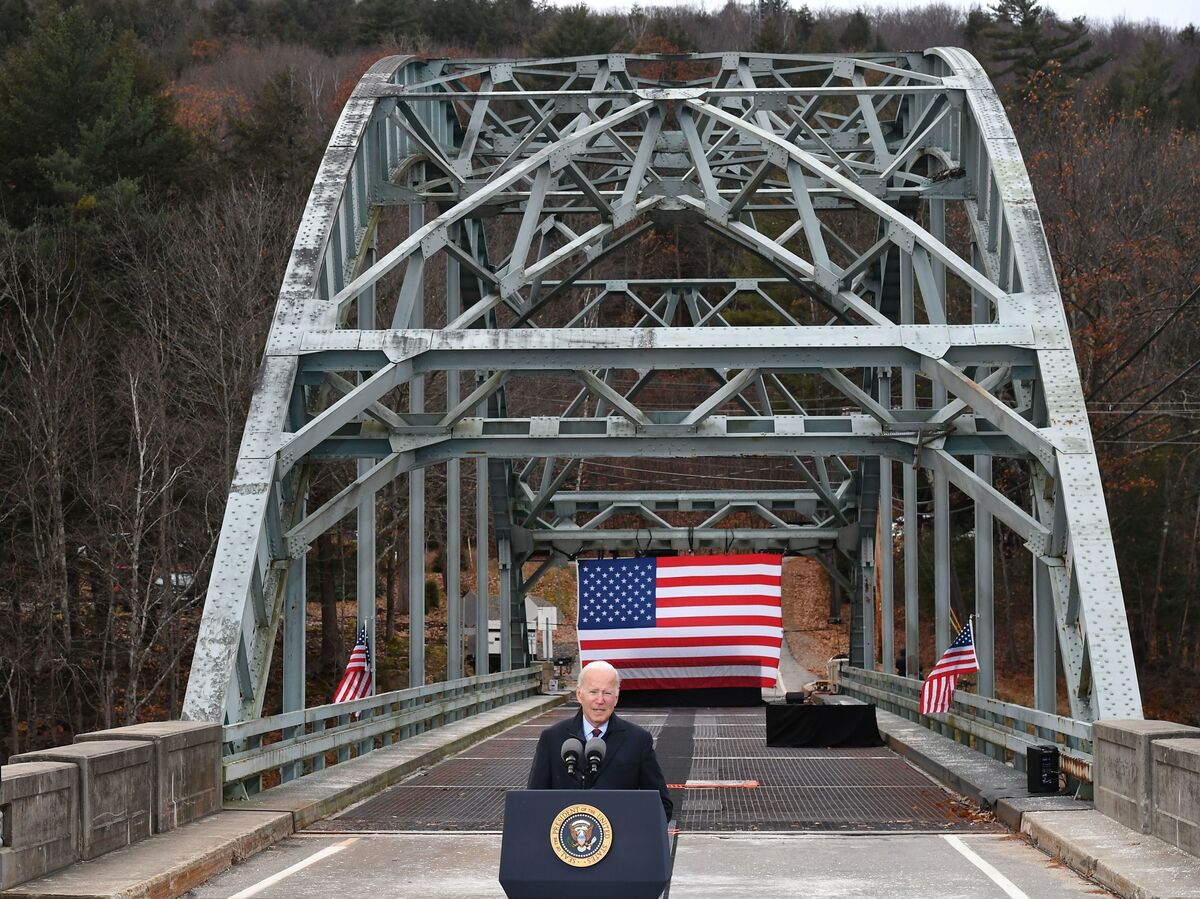 President Biden speaks about his infrastructure bill at a bridge across the Pemigewasset River in Woodstock, N.H., which has been declared structurally unsafe.

President Biden traveled to an old, unsafe bridge in New Hampshire on Tuesday to kick off an administration-wide tour aimed at selling the benefits of the newly signed bipartisan infrastructure law.

The tour is part of a push to tout the roughly $1 trillion the law provides for badly needed investments in the nation’s transportation, broadband and water systems. Biden, who is down in the polls, is looking for a boost to help his fellow Democrats ahead of congressional elections next year.

Speaking from the NH 175 bridge in Woodstock, N.H., Biden talked about the importance of the legislation to American families. “Clean water, access to the internet, rebuilding bridges — everything in this bill matters to the individual lives of real people. This is not something abstract,” Biden said as a light snow fluttered around him.

The New Hampshire stop was the first on a tour that will take members of his administration as far west as San Francisco and as far south as New Orleans to promote the spending.

The bridge on which Biden spoke, crossing the Pemigewasset River, was built in 1939, and is important for emergency vehicles, school buses and trucks carrying propane, lumber and sand and gravel.

It’s one of 215 bridges in New Hampshire deemed structurally unsafe, he said.

Biden signed the bill into law on Monday at a White House ceremony on the South Lawn that included Democrat and Republican supporters of the spending package.

“Look, we’re at an inflection point in American history. This law meets that point,” Biden said on Tuesday.

“When you see these projects starting in your hometown, I want you to feel what I feel: pride,” he said.