Voters fill in their ballots at a polling place in New York City on Tuesday. 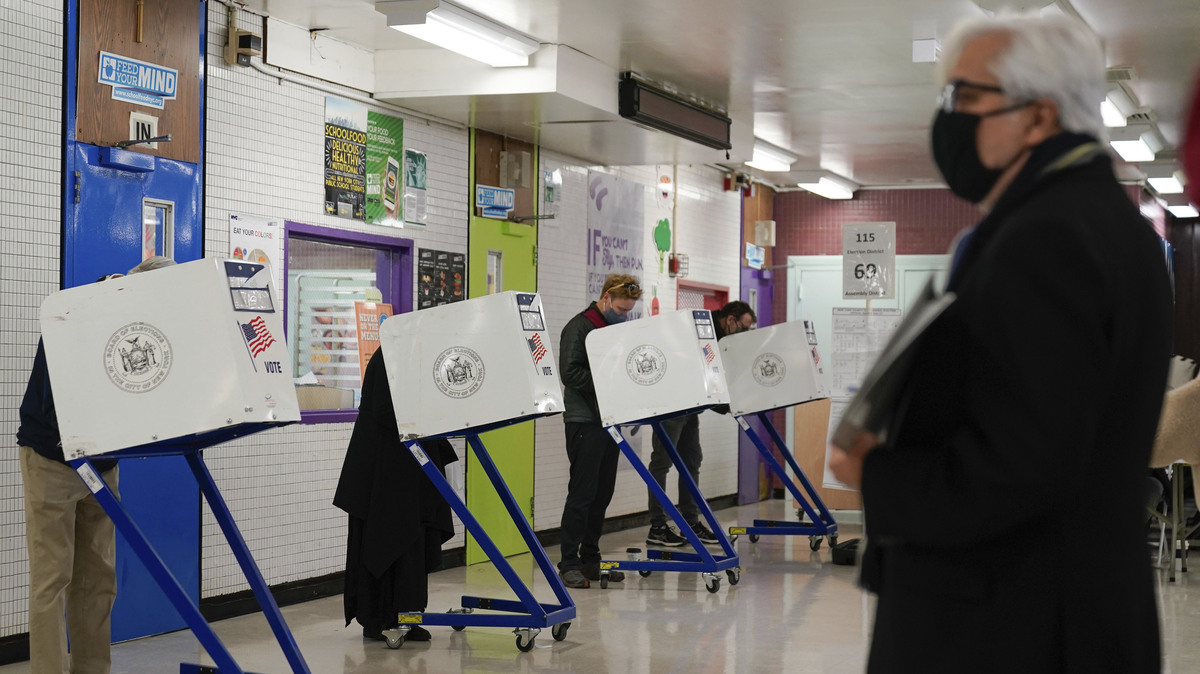 Voters fill in their ballots at a polling place in New York City on Tuesday.

If approved, the proposals would have removed language in the state constitution that currently prevents no-excuse absentee voting and same-day registration, allowing lawmakers to then expand ballot access.

The ballot results in New York come amid strong performances by Republicans in Tuesday’s elections.

New York’s Proposal 1, which would have enacted a laundry list of changes to the state redistricting process, was also rejected by voters.

In the weeks leading up to the election, the New York Republican Party mounted an aggressive statewide campaign aimed at convincing voters to opposed the voting and redistricting proposals. Despite launching just two weeks before the election, that effort appears to have been hugely successful in an off-year election with low turnout.

Susan Lerner of Common Cause New York, which had supported the proposed amendments, called the result a “black eye for democracy” in a written statement.

“All three resoundingly defeated,” he said. “People of all party affiliations voted to keep fair and honest elections in this state.”

Langworthy says he was also surprised that Democratic leaders did not advocate for the measures.

US woman who aided Bali suitcase murder arrested in Chicago

Borrowers say they were wrongly denied loan forgiveness. Now, help is on the way