Police officers investigate a scene in Kongsberg, Norway after a man armed with bow killed several people before he was arrested Wednesday. 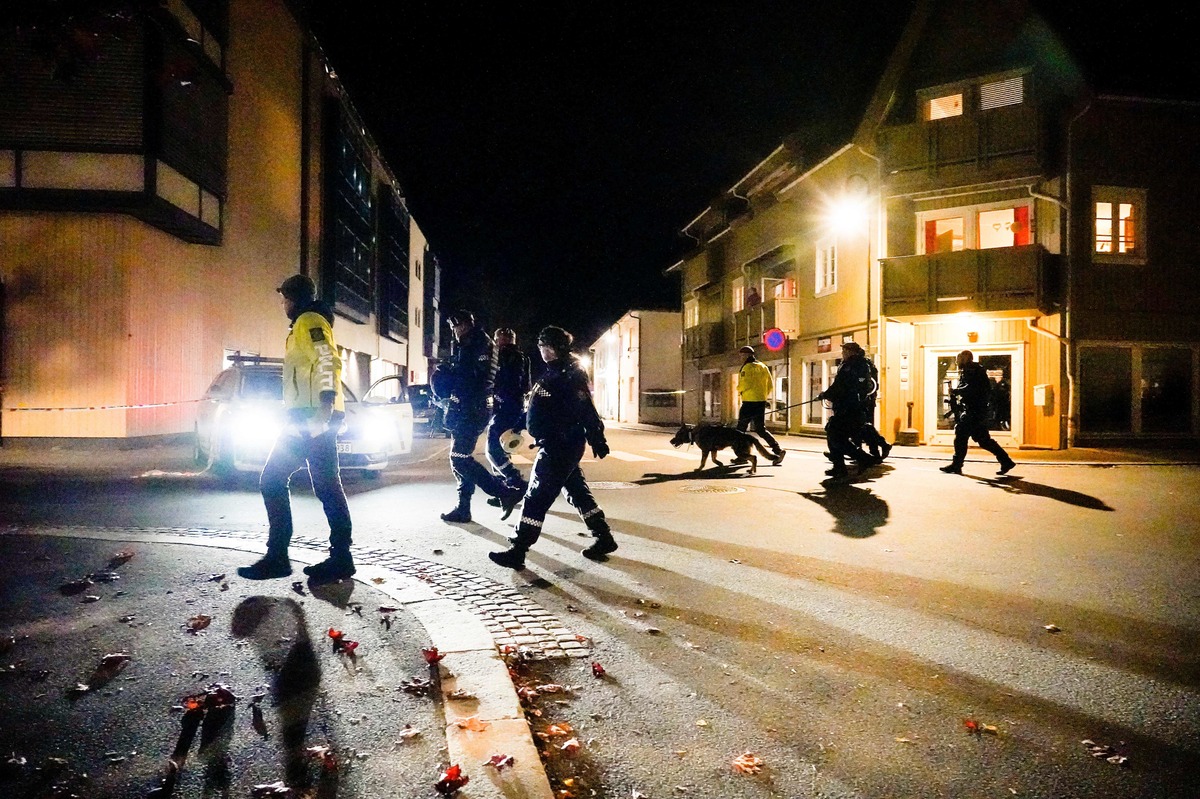 Police officers investigate a scene in Kongsberg, Norway after a man armed with bow killed several people before he was arrested Wednesday.

Norway’s domestic security agency says an attack by a man using bow and arrow that killed five people and wounded two others currently appears to be “an act of terrorism.”

The statement Thursday follows a police briefing in which authorities say the suspect is a Danish citizen and Muslim convert who had previously been flagged by authorities over concerns that he had become radicalized. He was apprehended on Wednesday following the attack in the town of Kongsberg about 50 miles southwest of Oslo.

In the Wednesday evening attack, the assailant killed four women and one man; two other people were seriously wounded. The victims were between the ages of 50 and 70, police said.

Regional police chief Ole B. Saeverud said the suspect was a “convert to Islam.”

“There earlier had been worries of the man having been radicalized,” he said at a news conference on Thursday. He also said that there were “complicated assessments” regarding a motive and that it would take time before it could be clarified. He said the last report of concern over the 37-year-old suspect was last year.

Meanwhile, the country’s domestic security agency, known by its acronym PST, said it believed the attack was an “act of terrorism.”

“Attacks on random people in public places are a recurring modus operandi among extremist Islamists carrying out terror in the West,” PST said, according to The Associated Press.

The attack took place just as Norway was in the midst of a change of government, which took place Thursday morning.

Acting Prime Minister Erna Solberg called the attack “gruesome” and said it was “too early to say anything about the motive behind the actions, but the police are considering whether it is a terrorist act,” according to Euro News. In comments to Norwegian news agency NTB, incoming Prime Minister Jonas Gahr Stoere said the assault represented “a cruel and brutal act.”

The suspect’s court-appointed attorney, Fredrik Neumann, said that his client was cooperating and that he would appear before a judge on Friday, when details of the charges against him would be made public.

Neumann said the suspect is a Danish citizen, whose mother is Danish and father is Norwegian.

The police attorney leading the investigation, Ann Iren Svane Mathiassen, said that after his arrest, the suspect told police “I did this.” Police said he is believed to have been the sole assailant. “We’ll have to see if he also pleads guilty,” she later told private broadcaster TV2, according to Reuters.

“There are people who saw him in the city. Before the killings. That is when he injured people,” she said.

At 6:13 p.m. local time, police received several messages that a man was moving around with a bow and arrow in the Kongsberg town center, according to a police statement translated from Norwegian. Saeverud said that police urged residents to stay indoors and then briefly made contact with the suspect, but did not manage to apprehend him until 6:47 p.m.

“From what we know now, it is reasonably clear that some, probably everyone, was killed after the police were in contact with the perpetrator,” Saeverud said.

The attack Wednesday evening was the worst in Norway since far-right extremist Anders Behring Breivik killed 77 people, in a 2011 bombing attack in Oslo and mass shooting on the island of Utoya.