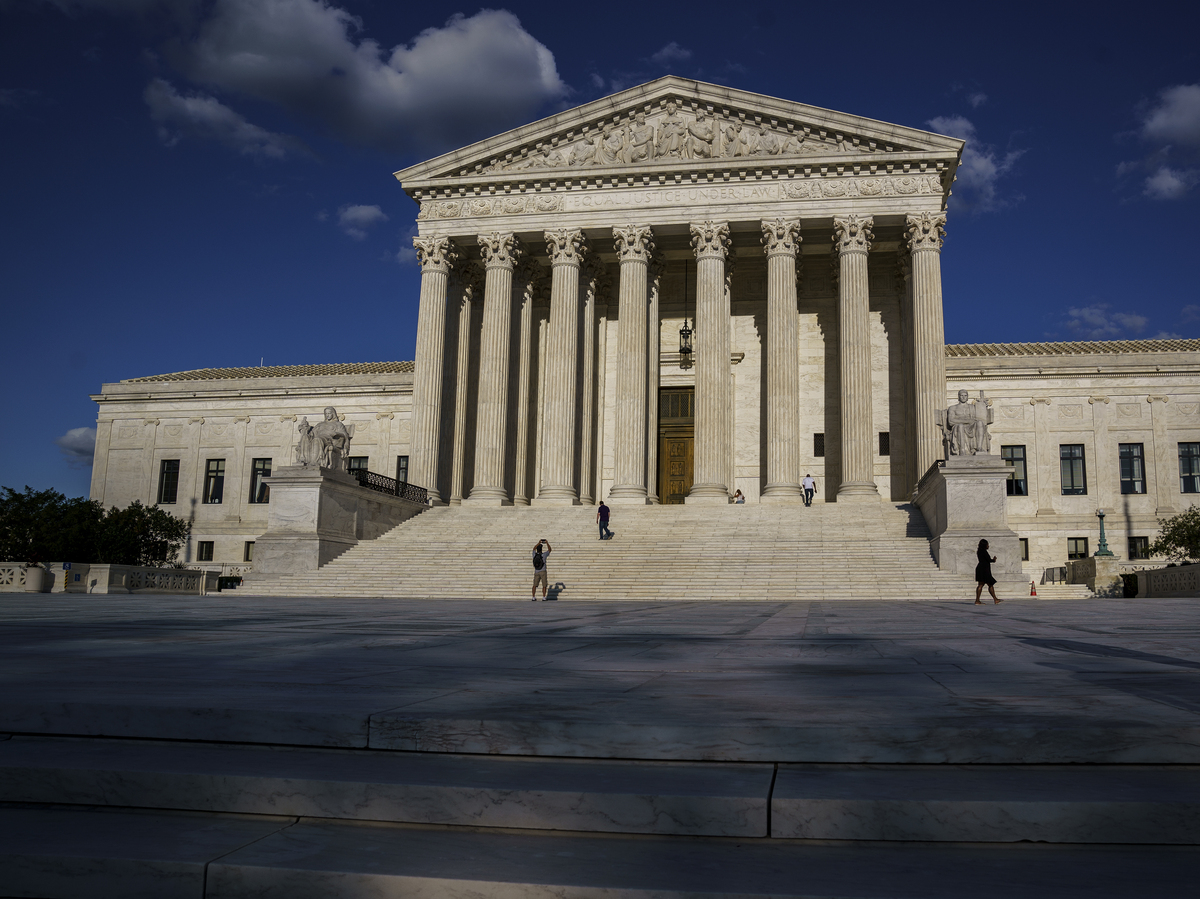 The Supreme Court appeared to lean toward reinstating the death sentence imposed on the Boston Marathon bomber, though the court’s liberal justices were incredulous about the actions of the district court judge in the original trial.

The judge in the original trial excluded evidence of the involvement of Dzhokhar Tsarnaev’s slain older brother, Tamerlan, in a triple murder two years before the 2013 marathon bombing.

The triple murder had remained unsolved until a month after the marathon bombing when Tamerlan’s phone records led FBI agents to a man who admitted he had been at the scene of the crime with him. But the interview turned violent and the man was shot to death by law enforcement officers.

Ginger Anders, Dzhokhar Tsarnaev’s attorney, told the justices that omitting that evidence “distorted” her client’s defense. But Justice Brett Kavanauagh appeared unconvinced, noting that Tamerlan’s accomplice “had all the motive in the world to point the finger at the dead guy.”

The two brothers carried out the fatal bombings that killed three people and injured more than 200 others. Tamerlan Tsarnaev was killed in the manhunt following the attack.

Dzhokhar Tsarnaev was convicted in 2015 on 30 federal terrorism-related charges. The jury sentenced him to death for six of those crimes. But in July 2020, the U.S. Court of Appeals based in Boston overturned the death sentences.

In her opinion for a unanimous circuit panel, Judge O. Rogeriee Thompson wrote that a “core promise of our criminal justice system is that even the very worst among us deserves to be fairly tried and lawfully punished.” Despite a “diligent effort,” the appeals court said, the trial judge “did not meet th[at] standard.”

The trial judge also declined to move the case out of Boston, concluding that any prejudice in the city could be dealt with by carefully screening potential jurors. But in arguments before the federal appeals court, the defense asserted that the trial judge did not do that, refusing to probe the potential jurors’ sometimes incendiary social media postings about Tsarnaev.

Then-President Donald Trump called the appeals court decision “ridiculous,” and the administration quickly expedited an appeal to the U.S. Supreme Court, even as it carried out 13 other federal executions in its final seven months in office. These were the first federal executions since 2003, and in each case the Supreme Court rejected 11th hour pleas to intervene.

Though the Biden administration would later halt all the remaining federal executions to review the government’s policy, it has continued to defend the death sentences in the Tsarnaev case.

“He is relegated to living under threat of a death sentence that the government doesn’t plan to carry out,” she said. “So I’m just having trouble following the point.”

Feigin replied: “What we’re asking here is that the sound judgement of 12 of the respondent’s peers that he warrants capital punishment for his personal acts in murdering and maiming scores of innocents and, along with his brother, hundreds of innocents at the finish line of the Boston Marathon should be respected.”

A decision from the Supreme Court is expected by summer.