Abu Zubaydah, who has never been charged, is held at Guantánamo Bay, Cuba. He is at the center of Wednesday’s case before the U.S. Supreme Court. 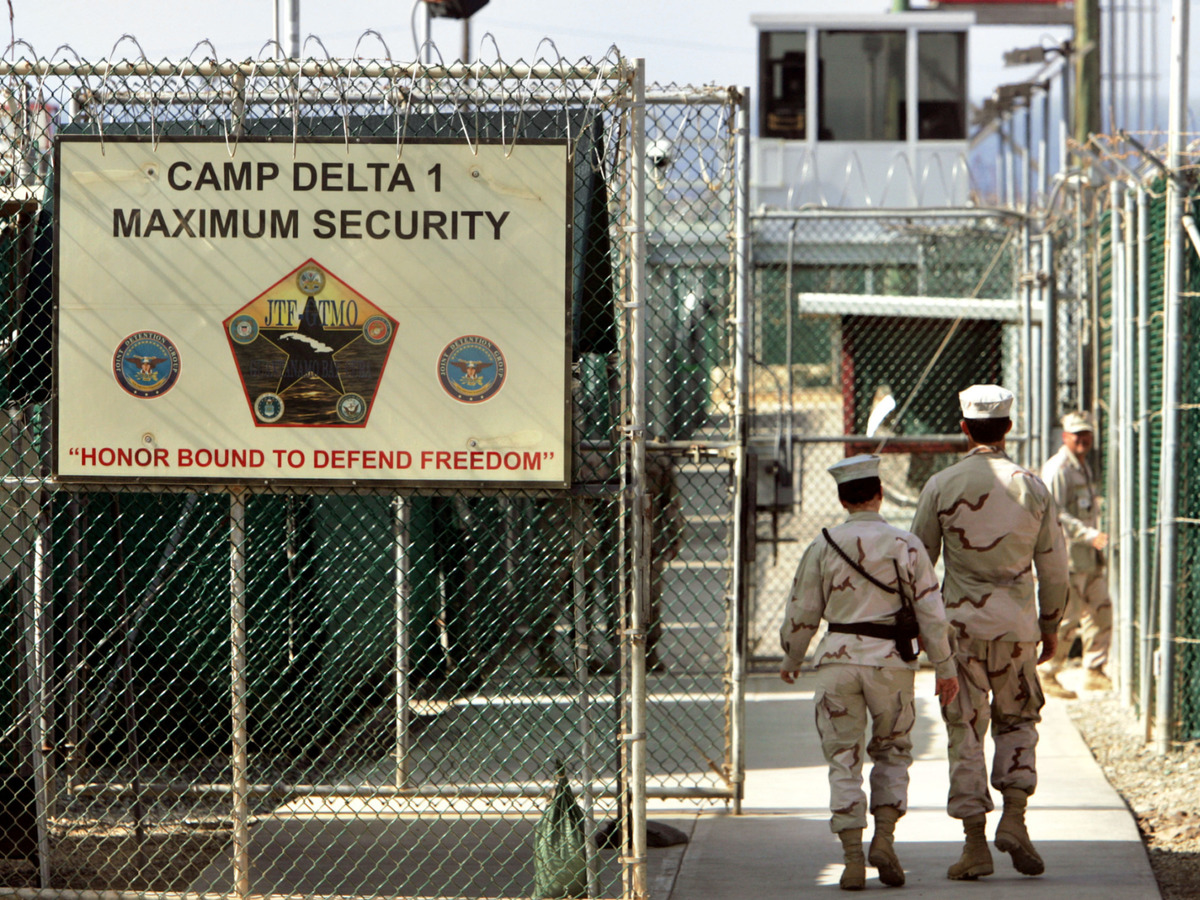 Abu Zubaydah, who has never been charged, is held at Guantánamo Bay, Cuba. He is at the center of Wednesday’s case before the U.S. Supreme Court.

The U.S. Supreme Court will hear arguments Wednesday in a case testing the limits of public disclosure about the CIA’s secret torture program after the Sept. 11 attacks.

The central issue of the case concerns whether a detainee at Guantánamo Bay, Cuba, who has never been charged with a crime can subpoena testimony from the CIA contractors who supervised his torture.

Abu Zubaydah was the first prisoner held by the CIA to undergo extensive torture.

“He’s the person for whom the torture memo was written,” says Cornell law professor Joseph Margulies. “That is, it was drafted in order to authorize his torture. He’s the poster child for the program.”

Margulies would years later become Zubaydah’s lawyer after he was transferred to Guantánamo Bay in 2006, but that was long after the torture took place.

“The most aggressive stage of it was in August of 2002,” Margulies says. “That was the period when the waterboarding began. It lasted for 20 days, 24 hours a day. He was waterboarded 83 times in that period alone.”

All of this and much more was subsequently documented in a report by the Senate Intelligence Committee. Widespread news reports about the torture program described how Zubaydah and others were held for years in so-called black sites in Thailand and Poland. Two psychologists who supervised Zubaydah’s torture took over when the FBI failed to come up with the information that the CIA thought Zubaydah had. Those psychologists have testified that after six days of the so-called enhanced questioning, Zubaydah was a broken man and they concluded he didn’t know anything more. But the CIA thought he did, so the torture continued.

“They thought he was a close associate of Osama bin Laden and had been involved in 9/11, and a senior leader of al-Qaida, etc.,” Margulies says. “And they were just mistaken. They were wrong. And what he had been saying from the beginning — ‘I’m not that person. I don’t know that information’ — turned out to have been true.”

Indeed, when accounts of the torture program became public, then-President George W. Bush, for all practical purposes, denounced it, and the Justice Department opinion that had permitted it was withdrawn. What’s more, Congress passed legislation forbidding such treatment in the future.

In 2010, Zubaydah — through his attorney, Margulies — filed a criminal complaint in Poland seeking to hold Polish officials accountable for their purported complicity in his “unlawful detention and torture.” But when Polish prosecutors separately sought information from the United States about the operations in Poland, the U.S. government refused to provide the information on grounds of national security. Margulies then successfully appealed to the European Court on Human Rights, which prompted a reopening of the Polish investigation. But the inquiry stalled when the U.S. again refused to provide any information about Zubaydah’s detention.

His lawyer then went to court in the United States seeking testimony from the two psychologists who had supervised Zubaydah’s questioning. Both had testified previously and one of them had written a book about it.

Now the case is before the Supreme Court, a court with a conservative supermajority, and one justice, Brett Kavanaugh, who was a top aide to Bush, literally running for his life on 9/11 when the hijackers were thought to be headed to the White House.

Margulies, however, is undeterred.

“Yes, this case is about gathering information for use by the Polish prosecutions,” he says. “There needs to be an accounting. Torture must be known. You cannot allow torture to be done in secret and kept in secret. That’s fundamentally what this case is about.”

Specifically, the question before the court is whether the so-called state secrets privilege protects the information in this case. The privilege, adopted by the high court in 1953, allows the government to seek to block evidence for a trial in the interest of national security. Ultimately, it is the courts that make that decision. In this case, the Trump administration, and now the Biden administration, opposed Zubaydah’s subpoena for testimony from the two psychologists.

Both administrations have conceded that there has been widespread coverage of Poland’s role in the torture program, but it would be entirely different, the administrations have said, for the U.S. government to confirm any of the torture reports or for the U.S. government to provide the names of those who helped facilitate the program in another country.